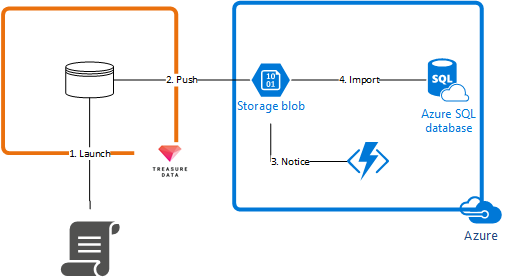 I wanted to push data from Treasure Data into Azure SQL. The data was row based and roughly about 1 TB in size.

As I examined my options, there were quite a few, however, in the end, it turned out that the easy options were just not enough. I’ll walk through the options I considered and my thoughts on each.